Saratoga Choral Festival | Kids Out and About Albany 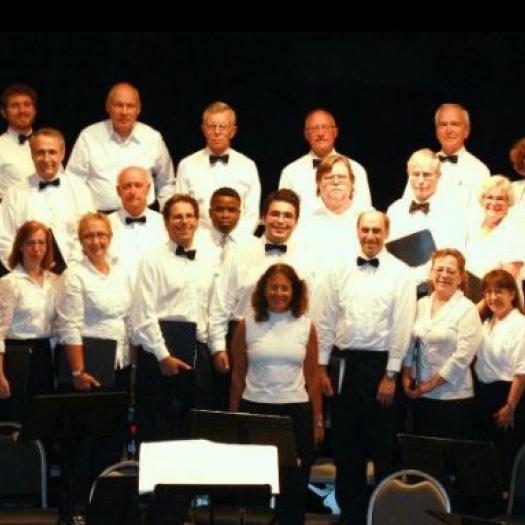 The Saratoga Choral Festival began in the summer of 2001. Previous seasons have featured the requiems by Fauré, Duruflé, and Mozart (repeated in October 2001 as a benefit for the Red Cross and victims of 9/11), Bach’s Magnificat, Haydn’s Lord Nelson Mass, Vaughan Williams’ Dona Nobis Pacem, Handel’s Dixit Dominus, the Rutter Gloria, and a critically acclaimed performance with the Philadelphia Orchestra of the Mahler 3rd Symphony with the Harlem Boys Choir under the direction of Charles Dutoit at SPAC.
Click For More Information

SARATOGA SPRINGS, N.Y. The Saratoga Choral Festival will perform in a concert at the SPA LITTLE THEATER on Sunday, July 31st, at 3:00 p.m. This summer's performance celebrates the 50th Anniversary of the Performing Arts Center in a concert of music written for an audience of children featuring a semi-staged production of the extremely popular Magic Tree House- The Musical. Also, come hear the POKEMON THEME SONG!

Also included on the program will be setting of children’s songs Kitty Alone, Bye’m Bye, Goin’ to Boston, and Buffalo gals by Alice Parker in celebration of her 90th birthday, Sing a Song of Sixpence by John Rutter, and the Never-Ending Song, a Young Person’s Guide to the Choir, and more.

The Magic Tree House: The Musical is based on the popular series of children’s books by Mary Pope Osborne. The show has seen sold out performances for its national tour. Several musical selections have been adapted for chorus, and special guest performers from the Saratoga Children’s Theater will provide extra speaking roles and also sing with the choir. This will be a brand new adaptation of the musical.

The Saratoga Choral Festival began in 2001. The chorus has performed with the Philadelphia Orchestra in Mahler’s 3rd Symphony with the Harlem Boys Choir at SPAC, with Charles Dutoit conducting. Previous seasons have featured music ranging from Bach’s Magnificat with members of the Philadelphia Orchestra and Gretchaninov’s Liturgia Domestica to performances of the music of Karl Jenkins, Dave Brubeck, Leonard Bernstein, Aaron Copland and a 2015 special celebration for the Saratoga Springs Centennial. Performances are held in the Spa Little Theater, the summer home of Opera Saratoga and the Chamber Music Society of Lincoln Center in Saratoga Spa State Park.

The Festival is under the artistic direction of Andrea Goodman, currently the Director of the Cantilena Chamber Choir in Western Massachusetts, and former director of Choruses at Skidmore College.

The concert is sponsored by through a generous grant from the Saratoga Arts Council and the Cohoes Savings Foundation. Tickets at $25 ($5 for children) are available online at www.saratogachoralfest.org, email satbchoir@yaghoo.com or by phone at 518-852-4851.