Royal Mountain Ski Area | Kids Out and About Albany 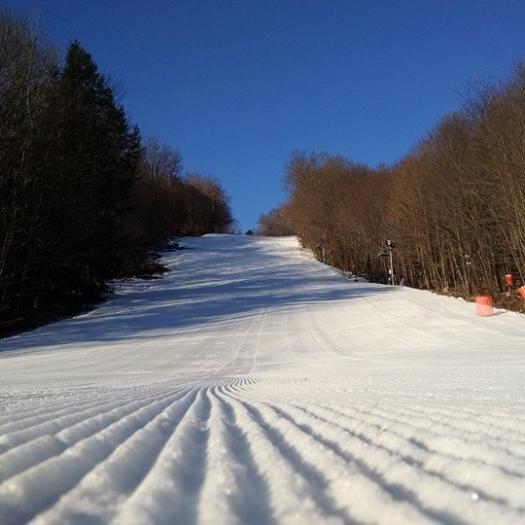 For the tenth consecutive year Royal has upgraded its snowmaking capabilities. We have added two new tower mounted fan guns making for a total of 18 tower guns and 25 snow guns overall. A commitment of over $500,000 has been made over the last 5 years in snowmaking upgrades alone. This season for the first time Royal will have a water cooling system in our ponds for more efficient and greater snowmaking capabilities this season. Last year in one of the warmest seasons ever, Royal had 100% of its snowmaking trails (which is over 95% of our terrain) open by the first week in January and maintained it until late March. We will put that record up against any other ski area in the east.
Click For More Information

All predictions call for a normal if not great winter which means snowmaking will start by mid November meaning another early opening. Royal Mountain is partnering up with Woods Valley Ski Area and Oneida Lake Raceway to create a 6 race snow drag series. The snow drag series will be directed by Northeast Snowmobile Racing Inc. Each race will have awards for all classes with points being lapt for year end awards. A banquet is in the works and will be announced with date. For more information visit nesnowmobileracing.com.