A Place for Jazz | Kids Out and About Albany

A Place for Jazz 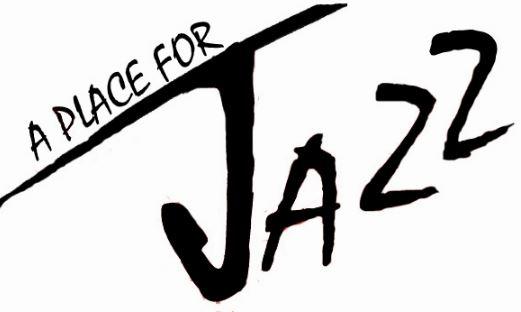 Started in 1987 by Butch Conn, A Place for Jazz has brought hundreds of nationally known jazz musicians to the Capital Region to participate in the fall concert series, public workshops and school-based clinics. A Place for Jazz is made possible with public funds from the Schenectady County Initiative Program, Stewart’s Shops and the Price Chopper Golub Foundation. In addition to grant funding, revenue is generated through ticket sales and membership contributions.

Friday Sept. 20: Melissa Aldana — Aldana was born in Santiago, Chile. She began playing the saxophone when she was 6, under the influence and tutelage of her father, Marcos Aldana, also a professional saxophonist. She began with alto, influenced by artists such as Charlie Parker, Cannonball Adderley and Michael Brecker. However, upon first hearing the music of Sonny Rollins, she switched to tenor.

She graduated from Berklee College of Music in 2009 and relocated to New York City to study under George Coleman. She recorded her first album, “Free Fall,” released in 2010. In 2013, at age 24, she was the first female musician and the first South American musician to win the Thelonious Monk International Jazz Saxophone Competition.

Friday Oct. 4: Benny Green — Benny Green was born in New York City, grew up in Berkeley, California, and studied classical piano from the age of 7. Green joined Betty Carter’s band in April 1983, and since 1991 he has led his own trio. He has recorded for Blue Note Records, Telarc, and Criss Cross Jazz. His 2018 studio album release, “Then and Now,”  is available from Sunnyside Records.

Friday Oct. 18: Veronica Swift — Swift is recognized around the country as one of the top young jazz singers. She grew up on tour with her parents, renowned jazz pianist Hod O’Brien and celebrated jazz singer and educator/author Stephanie Nakasian and performed at The Jazz Standard and Dizzy’s Club Coca-Cola.

In the fall of 2015, she won second place at the prestigious Thelonious Monk Jazz Competition. In the summer of 2016 she headlined at the Telluride Jazz Festival. In 2018, she began touring with the Emmet Cohen Trio, Benny Green Trio, Wynton Marsalis and Jazz at Lincoln Center Orchestra, and Chris Botti.

Friday Nov. 1: Phil Allen’s Concert Jazz Band —  Arranger/composer/valve trombonist Allen is originally from Indianapolis, Indiana. In 1996 he moved to the San Francisco Bay area, where he played with and wrote for the College of San Mateo Monday Night Band and the Interplay Trio.

In 2014 Allen and his wife moved to Rensselaer. Currently, he is part of the Blue Sky All-Stars and has performed with Skip Parsons’ Riverboat Jazz Band. In 2015, with the help of drummer Mike Benedict, he started the Concert Jazz Band.