Jonathan Antoine's ChristmasLand Live! | Kids Out and About Albany 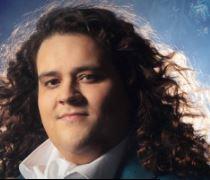 Chart-topping British tenor Jonathan Antoine performs in support of his highly anticipated new Holiday Collection album. ChristmasLand Live promises an exciting night of holiday classics! Jonathan became a global sensation at the age of 17 following an astounding performance on Britain’s Got Talent which went on to become the world’s most viewed television audition of any performer in history. He later released two best-selling albums with his singing partner, Charlotte Jaconelli, before going on to have further success as a solo artist and becoming the youngest tenor to achieve a No. 1 classical album.
Click here for more information about this activity
Please help us keep this calendar up to date! If this activity is sold out, canceled, or otherwise needs alteration, email mindy@kidsoutandabout.com so we can update it immediately.